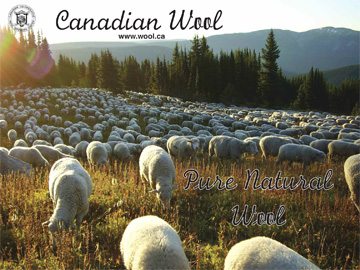 The Co-operative was established in 1918 by the sheep industry as a national system of collecting and marketing its members' wool on a co-operative basis. This meant that regardless of the size of the wool clip, the time of year received or distance from the market, each member was paid the same price for the same grade of wool. Being merely an instrument of the growers, the company operates quite simply. It collects, grades, measures and markets the producers wool and after deducting the cost of operations returns the entire difference to the growers.

The Co-operative grades and markets approximately 3 million pounds of raw wool each year; the majority of this coming from Quebec, Ontario and Alberta. Each of the three general classes of wool (fine, medium and coarse) are sold wherever the best price is available, China is a major buyer. Wool is received directly from the producer by way of truck or rail. It is then graded according to type classification, quality and method of preparation. Wool of similar types and quality are hydraulically packed in bales weighing up to 1,200 pounds.

The wool arrives in large sacks, raw from the sheep. At the warehouse it is graded according to the fibre diameter (micron) and length of the fibres, amount of grease, and amount of foreign matter present in the wool. After grading, the wool is shipped out in compact bales. Ninety percent of all the wool is exported out of Canada.

The company's mandate is to be a producer co-operative endeavouring to market wool at the top price it deserves while operating the business efficiently to maximize returns to the wool producer. 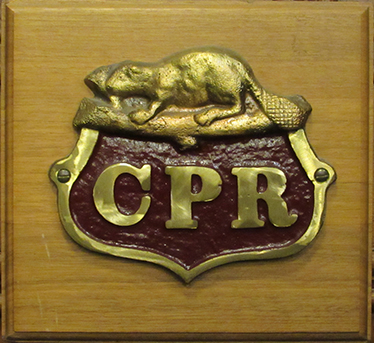 Canadian Co-operative Wool Growers Limited occupies what was once the round house and machine shops for the Canadian Pacific Railway. The Company is located in Carleton Place, Ontario and is a totally Canadian Company.

When used by the CPR (1890 - 1939), as many as 200 men were employed in this building. It was a serious loss to the town when the whole operation was moved to Smiths Falls, Ontario in 1939. Still, Carleton Place is not easily discouraged, and in the fall of 1940, the "roundhouse" was once again open. No, the CPR did not return, the "wool growers" moved in. Eric Bjergso, the General Manager, says the place was a mess ... tracks, turn table, wheels ..... anything and everything needed for train repair could be found in the building. In 1940, at the beginning of World War II, scrap iron was much in demand and what might have been a liability was turned into an asset.

After a massive cleanup, Canadian Co-operative Wool Growers Limited was in business. On the direct line (CPR) from the West through to Montreal, Carleton Place was in an excellent position to handle wool from the West and ship it via Montreal, to England, Holland, and Germany, as well as all over Canada. During the war some of these ports were closed to Canadian business, but were reopened at the close of hostilities. 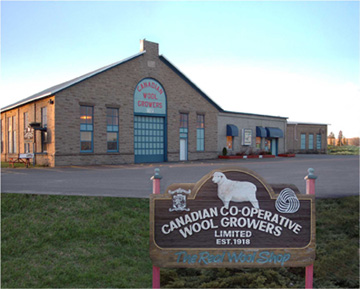 In addition to handling wool, the Co-operative operates Stockman Supply outlets across the country and a Real Wool Shop at Carleton Place. The Co-operative also publishes an annual magazine entitled The Canadian Co-operative Wool Growers Magazine which is designed to assist the wool producer with information and a mail order catalogue for livestock supplies, equestrian products & clothing.

In 1979, the CCWG decided to put the old CPR coal bins to use and in August of that year "The Real Wool Shop" was opened. It is difficult to imagine how anyone could wear wool if all you ever see is a "bag of fluff". The Co-op Warehouse shows the first stage - the Real Wool Shop shows the final one. In 2006 the engine house of the CPR Round House was renovated and is now our Equestrian Centre for tack and western clothing. This room also contains a mini museum with numerous railway memorabilia on display. 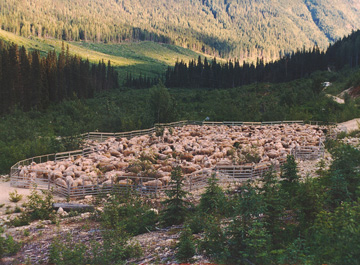 Canadian sheep ready for grazing on the BC forestry cut block.
Photo courtesy of Chuck & Marg Emery, Clearwater, BC.

Baa, Baa Canada Sheep Have You Any Wool?

Farmer owned, the co-op was set up in 1918 to sell Canada’s wool clip. It occupies a large stone structure over a century old, built by the railway in 1887 to repair locomotives. Traces remain of the building’s original purpose.

Tours of the grading operation are often possible weekdays between 9 am and 5 pm. Phoning ahead is advised. Wool is graded twelve months of the year.

The Wool Growers, the Real Wool Shop and the CCWG Livestock Supplies & Equestrian Centre share the same historical location and are well worth the trip. A short half hour drive from Ottawa, Canada’s capital.

Railroad memorabilia on display in the restored  Engine House of the CPR Roundhouse at Carleton Place. 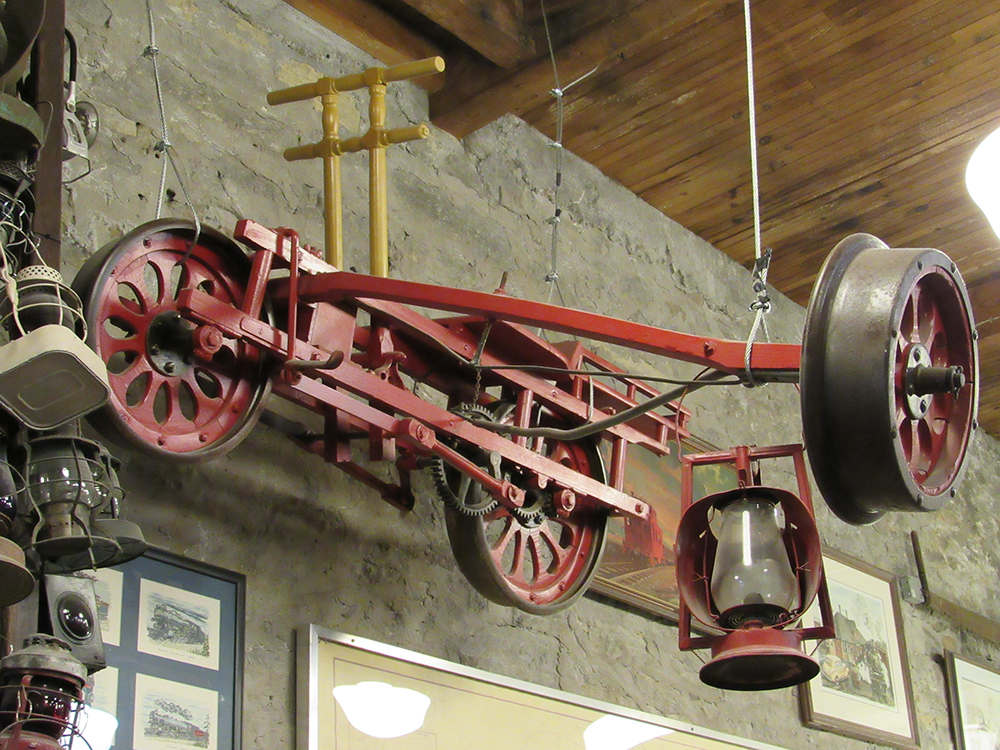 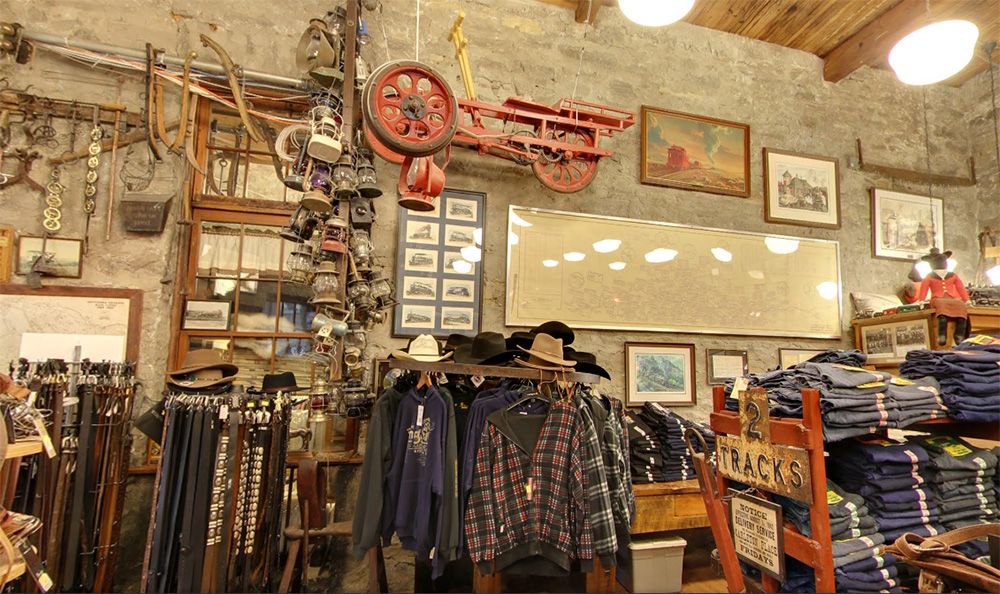 Read the Newspaper story of our renovation.